Many organizations are not gaining the potential benefits of teams in the workplace due to misunderstandings about team autonomy and self-control. This is a critical issue in organization design and leadership today. Let’s clarify both the benefits and the determinants of team autonomy.

Jeff Liker and Mike Hoseus in Toyota Culture report the following about teams at Toyota:

On the other hand, Mike Rother in his Toyota Kata states that “There are no self-managing teams at Toyota.”

All of these statements are true. The apparent contradiction can, however, create some confusion about the use of teams.

Do Autonomous or Self-Managed Teams Exist?

My associates and I, over the past forty years, have trained many thousands of teams and team leaders in about one hundred companies. I can honestly say that in all that time I have never seen an absolutely self-managed team (or self-directed or autonomous). So long as there is a Board of Directors, the senior management team is not self-managed. As long as there is a plant manager, hospital administrator, or any other manager, front line teams are not self-managed. As long as there is a spouse… you’re not either! Terms such as “self-managed” are absolute and absolutes are never absolutely true. So, Mike Rother is right, there are no self-managed teams at Toyota, or anywhere else! But, there are degrees of autonomy or self-direction.

Why does team autonomy matter? It matters for several reasons and each of these reasons are tied to achieving a high performing organization.

Complete freedom is the illusion of the adolescent. Complete autonomy for a team is an equal illusion. Because of both our own limitations and because of the environment, no individual or team is ever completely self-directed.

This matrix is helpful in explaining the progress toward both autonomy and high performance. 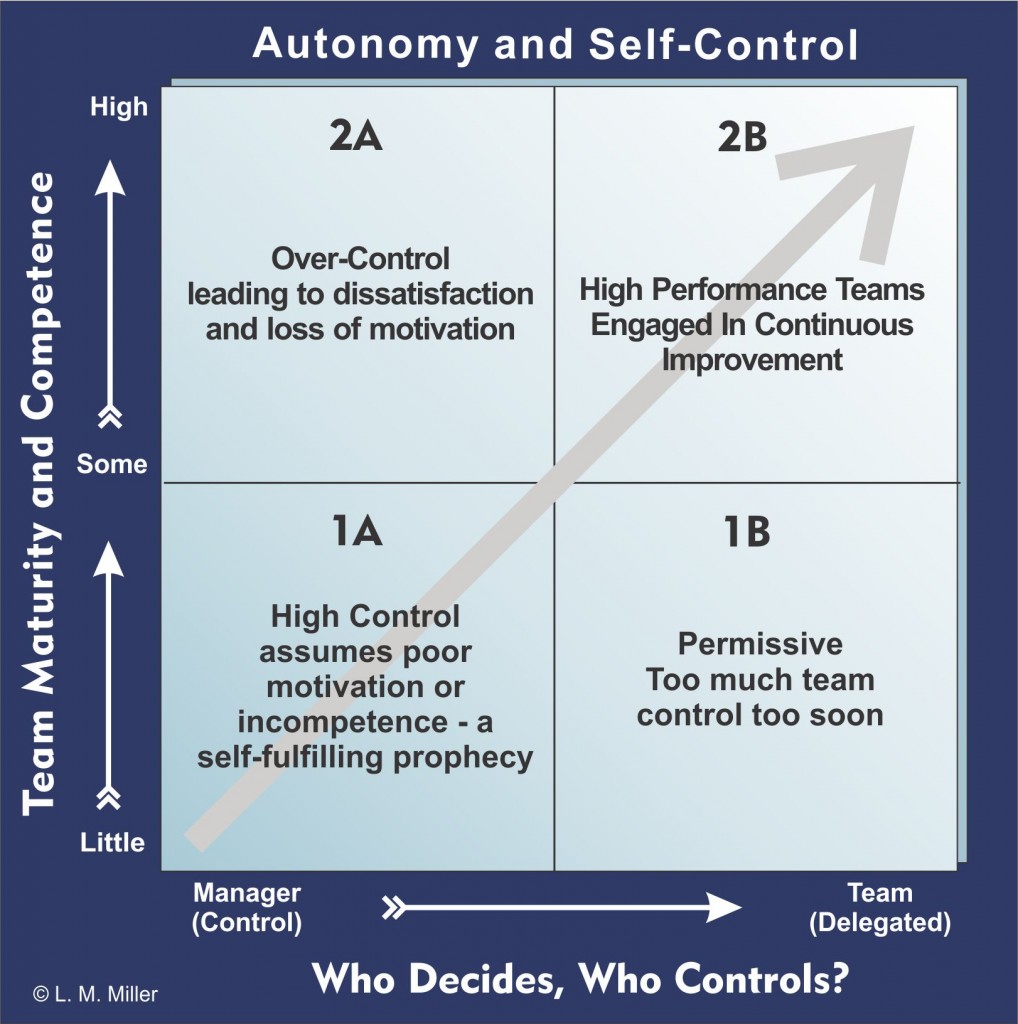 1A: In quadrant 1A the manager recognizes that the team is not yet mature or lacks skills and she is directive and makes most decisions. If you leave the team in this quadrant you will lose motivation. This should be viewed as only an early stage of development for a team.

1B: In this quadrant the leader has turned over control to the team, but the team has not sufficiently matured to accept this responsibility. This is somewhat like the permissive parent who gives control to his teenage son who is not ready to accept responsibility. Poor performance is likely to result. Hold on to the car keys!

2A: In this quadrant the team has developed the skills and maturity but the manager won’t let go. This over-control hinders the development of the team and may result in the “rebellious teenager.” Teams may rebel against over control, but they will soon lose motivation.

2B: In the Northeast quadrant the team is skilled and mature and the manager has delegated decision making and a high degree of control to the team. Achieving this state of maturity results in a highly motivated team, rapid improvement cycles, and a reduced need (cost) for management doing non-value-adding work.

The goal of development is to move smoothly from 1A to 2B. However, as every parent knows, developing a team to maturity, just like developing a child to adulthood, is rarely a straight line. There is always testing of control limits and failures to behave maturely. Rather than halt progress, these deviations should be viewed as inevitable experimentation on the way to maturity.

As the skilled parent is “sensitive” to the degree of maturity of their child, the manager must be sensitive and respond appropriately to the maturity of their teams. It is a common mistake to assume “Well, they are a self-directed team, so I am not going to interfere!” This was one of the common difficulties implementing so-called “self-managing” or “self-directed” teams. It wasn’t the team’s, fault. It was the manager’s failure to accept responsibility for developing the team to accept responsibility and providing the needed problem-solving skills.

Every work context is different and the degree of self-control assigned to a team must be based on the nature of the work and external dependencies. This is a critical dimension of team and organization design. The degree of control possible for a team on an auto assembly line versus an entrepreneurial software development team are entirely different. An auto assembly line presents those conditions in which the least autonomy is possible. A home health care organization like Buurtzorg may present those conditions with the highest possible degree of autonomy while still being part of a larger organizatoin.

Here are some of the determinants of autonomy:

“Agile” software development teams are designed to be highly autonomous and manage their own pace of work, make rapid changes, and require little hierarchical decision making.

Many of the determinants of the ability of a team to function successfully with a high degree of autonomy are internal to the team – both in its design and its development. Here are a few of those factors:

You can probably think of other internal and external determinants of autonomy. As a leader in the organization it is your job to design the system to maximize motivation and continuous improvement. The degree of team autonomy and self-direction, while never complete, will be a major factor in the success of your organization. 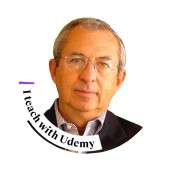 ADOPT A SYSTEM OF LEAN LEARNING